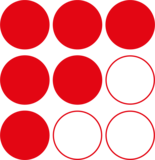 After a complex process of Facilitation Group Renewal which involved live interviews with a peer-to-peer randomly selected panel of FA members (+ 2 current FG members), we are happy to have the following people joining the Facilitation Group. For the first time, the role of Support to the Coordinator was created with internal and external communication responsibilities.

They will join: Carmen Dupont (coordinator), Iva Marcetic, Nonty Sabic, and Emilie Deudon (as funders representative)who are continuing as FG members until 2022.

To ensure a more efficient on-boarding of the new members, the FG introduced an overlapping period of one month, July 2021.

After a complex process of Facilitation Group Renewal which involved live interviews with a peer-to-peer randomly selected panel of FA members (+ 2 current FG members), we are happy to have the following people joining the Facilitation Group:

They will join Mina Jaf, Brindusa Birhala and Luka Knezevic Strika that are continuing as FG members until 2021.

For the first time, to ensure a more efficient on-boarding of the new members, the FG introduced an overlapping period for the FG stepping down in 2020.

During the Annual Assembly 2019 that took place in La Bergerie (France) on the 24th-26th May, the results of the FG renewal process were confirmed and new members:

This FG will review the renewal process, carry on working in the implementation of the #Resist grant, and continue the development of the community, its vision and the grants process. From June 2019 there is a FG working space in the paltform where the Facilitation Group shares the minutes of their meetings, documents, and relevant information.

The second Facilitation Group commenced its working in May 2018 with five new members (four activists and one funder's representatitve) that joined the members from the first FG: Lucas Tello, Rose Longhurst and Nico Haeringer:

The FG in this phase has been reviewing previous grant rounds and the whole FA process, and is in various ways taking forward the work around FA community building and process design, including the upcoming grant rounds and the next FA Assembly in May 2019, whilst putting efforts to strengthen this being done in dialogue with the working groups and through this with the whole FA community.

Nominations for the Renewal of the Facilitation Group opened in February 2019, with the intention of the group being in place to meet at the May 2019 Annual Assembly meeting.For the process one of the FG members who will be leaving (Lucas, Rose, Nico and Menno) and one of the ones that will stay (Iva, Ana, Ruby and Fania) joined five randomly selected members to decide who should replace them, taking into account skills and other criteria. However, the process was not as smooth or easy as we would have liked it and there were many things we can learn from, as you can read in this blog.

The FundAction Facilitation Group - a bit of history

The first Facilitation Group (FG) of FundAction (FA) was set up in May 2017 for the period of one year, and was nominated from the first individuals present at the first FA meetings in Seville, Spain (December 2016) and La Bergerie, Villarceaux, France (February 2017) with seven activist representatives and one foundation (funder) representative:

This first FG worked together to turn the idea of a participatory fund and platform into reality, guided by the decisions made at these first meetings. In this manner, they worked towards the setting up of FundAction from May to September 2017, as well as towards the first Rethink grants that followed that in November. The FG consisted of nine members, with seven activist representatives and two foundation (funder) representatives.

The intention was for the first iteration of the Facilitation Group to be a temporary committee, and that there would only be one funder representative. So, the process of developing a new FG began in spring 2018. During this first term of the FA facilitation group, it was evaluated that future FGs would be renewed with 50% with new members of the platform each year, to ensure continuity. Furthermore, to fit with the original intentions of the fund, and also following from feed-back received from FA members, the new FG would have an increased focus on facilitating the entire community to be included in all decision-making processes and to be provided with ongoing opportunities for involvement.

The FA’s first Assembly in April 2018 in La Bergerie then catered to these objectives by addressing both the issue of the FG renewal, as well by the creation of five working groups (with a possibility to create more if needed):

The working groups got their first members during the 2018 Assembly and are open to be joined by any interested FA members, Aim is for them to be increasingly preparing issues in cooperation with the FG, which then following are debated and decided by the community as a whole.

With regards to the FG renewal process itself, during the Assembly a specific session was devoted to this subject. Assembly participants were divided into discussions groups which assessed five proposals for the renewal of the FG:

The most supported proposal by the groups was for the composition of the next FG to be ‘Decided by a panel composed by 5 members and 2 FG members leaving their role’. Subsequently then a group of volunteer FA members selected randomly and two persons leaving the Facilitation Group analyzed the nominations for the FG made during a survey period, and followingly came to a selection of four people according to the professional skills needed in the new FG and their background, gender and racial diversity as well as geographical scope.

For more information on What does the Facilitation Group do?, please see the linked document that was presented at the Annual Assembly in 2018. 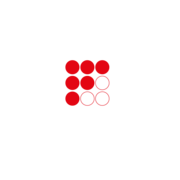